I knew about Martha by Mail for a long time, but when the catalog was in it’s heyday I was a young, newlywed college student and we were very poor. Instead of catalog ordering I went to the Goodwill. I tried to make poor versions of Martha’s ideas LOL. The catalog business closed and life went on. Then, years later I ran onto the gorgeous cookies on this blog Good Things By David and I was completely smitten! I loved both art and baking and here was someone who combined both!

Later I found a 2002 Martha by Mail catalog in our local bookstore. I hadn’t seen one in years. What a refreshing read it was! It was full of gorgeous colors and happy rooms in traditional houses. 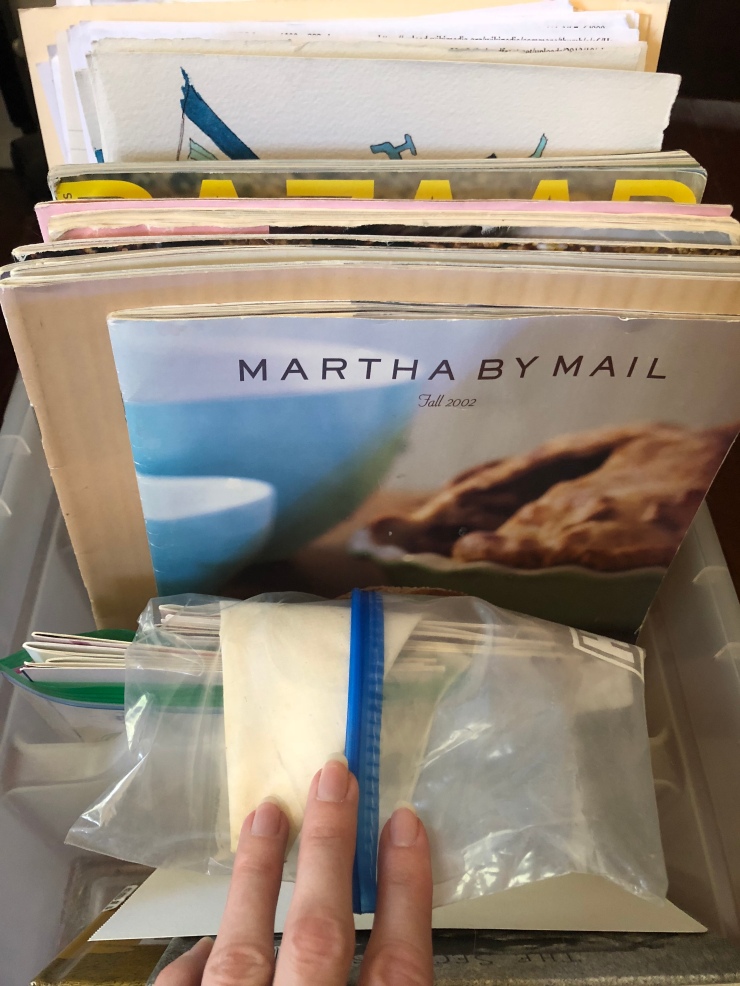 In the years since I had first seen David’s blog more and more cookie cutters appeared on E-Bay and prices went down so I was able to start collecting them. As I started to collect the cookie cutters I also found more catalogs on E-Bay and bought them too. I wasn’t disappointed! 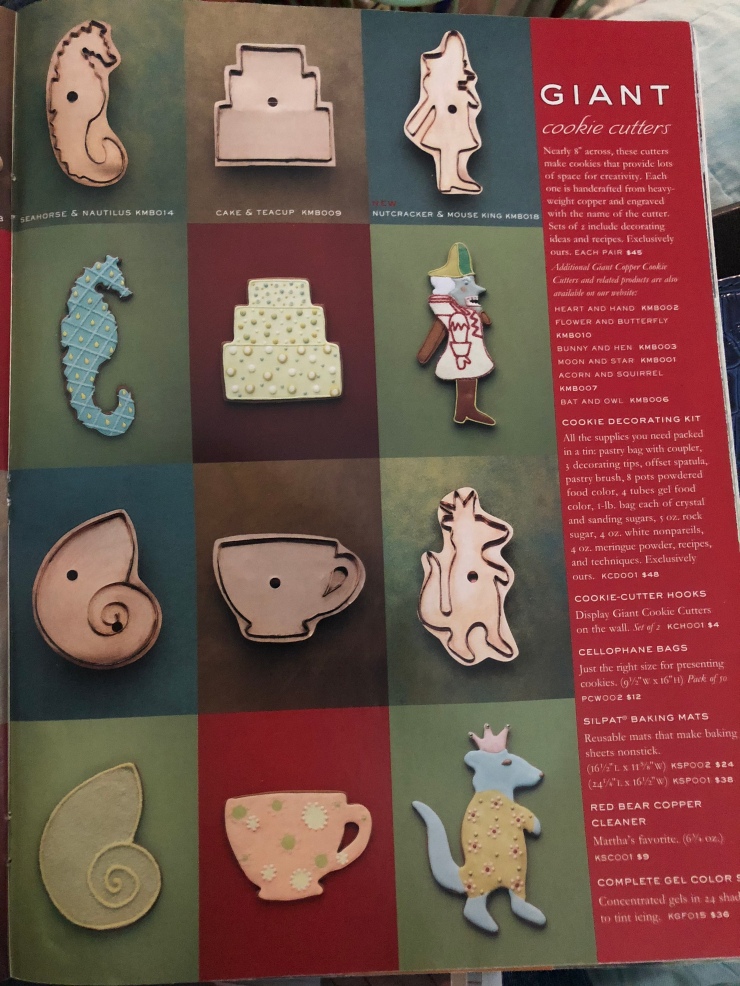 The cookie sets came with decorating idea cards. They are hard to find but collectors have put them on-line so they are easy to see. They are works of art!

Michael Bonne is an American coppersmith and he was contracted by Martha to produce the cutters. Martha had admired the large cutters made by Old River Road and Micheal Bonne was the perfect fit. The first time they were shown was when she did a whole Christmas tree with the very first set, Man in the Moon, and Star Light Star Bright. They then were offered as a set in her catalog for Christmas (prices for sets of two in the old catalogs are $45). Martha said that Bonne’s shop worked over time for weeks because of the flood of orders that poured in. MBM (Martha by Mail) had promised Christmas delivery and so Martha paid to have the cutters express shipped so everyone got theirs on time!  Typically Bonne’s work is stamped with his cursive initials, but on Martha By Mail products it was first an MSL (Martha Stewart Living), then a classic MBM symbol- a capital M with a bee inside. Later it would be altered to a smaller font reading- MARTHA BY MAIL with a smaller bee underneath and a hive on top.

With limited means, I started with the teddy bear. I bought it for about $24, but felt silly spending so much on a cookie cutter! Well, when I got it in the mail I knew what all the fuss had been about. The heft and craftsmanship were a purely delightful tactile experience. The copper was thick and the edges smooth, and the lovely soft beauty of the pinkish-orange spoke of quiet elegance. What really struck me was the size! I knew they were big, but without ever seeing one in person that’s hard to judge. I was immediately overjoyed by this tool! I wasn’t able to bake as I didn’t have time that week, but I stayed up late several nights tracing the bear and painting icing designs for it in my journals. Spending that time just drawing and dreaming of the cookies I would make with it became an important part of the ritual of each newly acquired cutter. 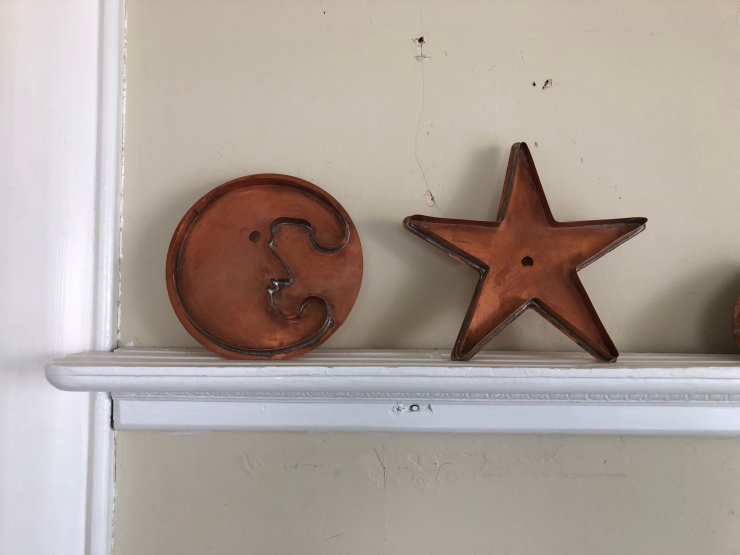 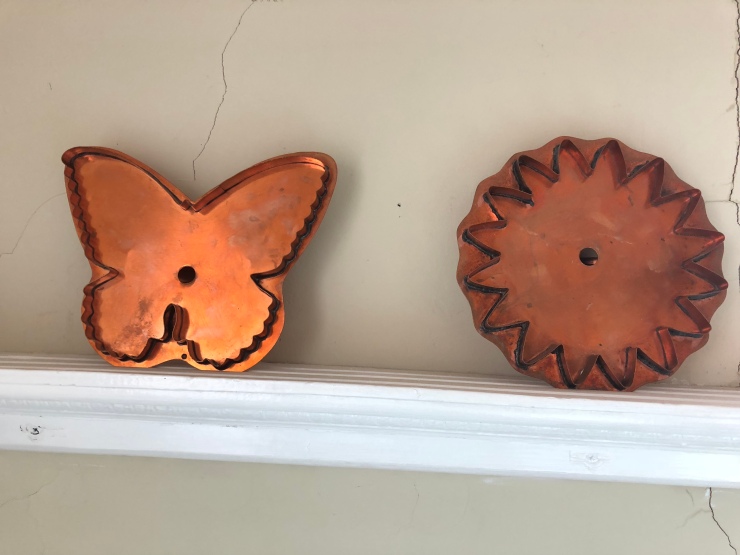 A funny thing happened during this cookie cutter collecting. My husband and I were exploring and working through cleaning out our basement of debris and junk that came with the house. We found the two missing shelves from our pantry (Oh, happy day!) and some very strange little shallow shelf/trim pieces. We had no idea what these were. I thought and thought until I finally started looking through old pictures of the interior of our home. When it was built it was fashionable for bigger houses like ours to have a breakfast room and a formal dining room. We originally thought our breakfast room was the butler’s pantry, but there was a place in the floor for a servant’s buzzer, which didn’t make sense. Later we found out that the pantry had been in the large space that is now our kitchen. But I saw in the pictures that there was a plate rail that ran all around the breakfast room! These were the strange shelf/trim pieces! Hooray!

My DH hung the pieces right back where they had been, but we had two leftover becasue they no longer fit. We had had to put the wall back up between the breakfast room and dining room so we could control heat in the house in winter. These pieces needed to be cut to fit with new width left from the wall, but I couldn’t bear to cut them. Plus we had put freestanding cabinets on the wall for storage and there wasn’t much room. The two extra rails my dh hung as one in the kitchen over our chalkboard. The plate rails now became the perfect place to display and store the copper cookie cutters! They look wonderful there! 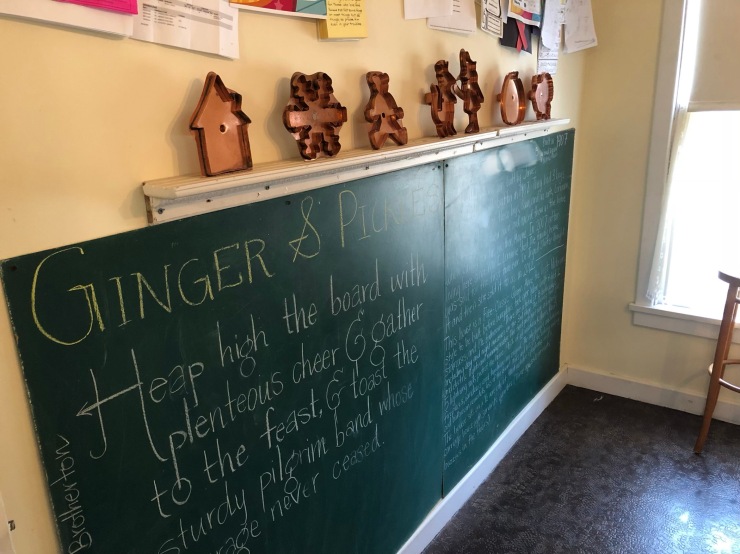 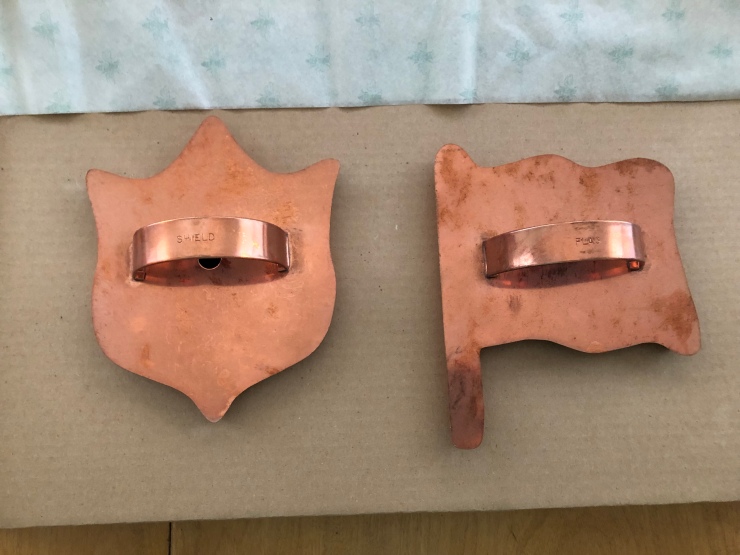 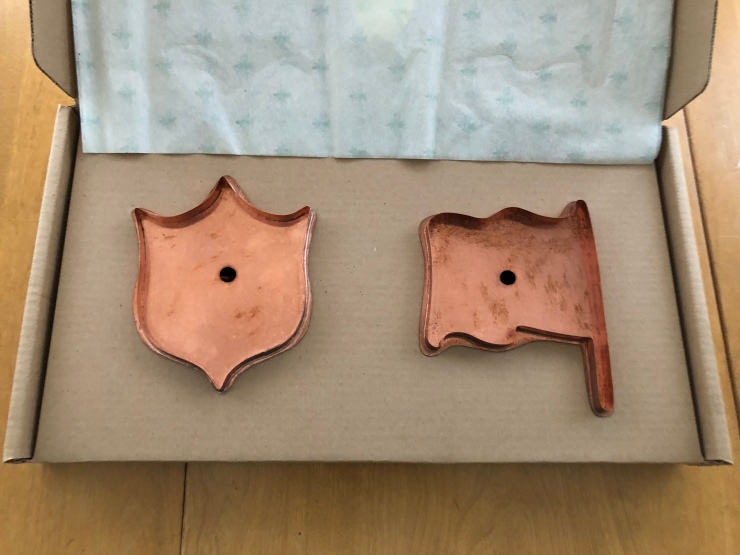 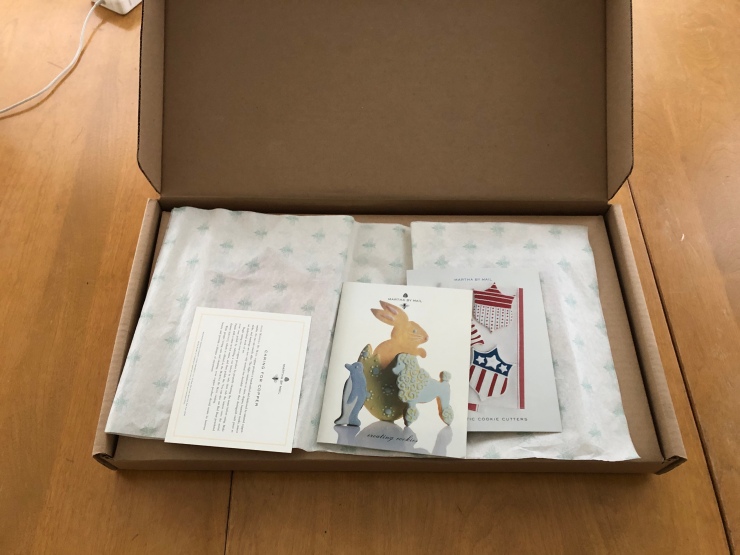